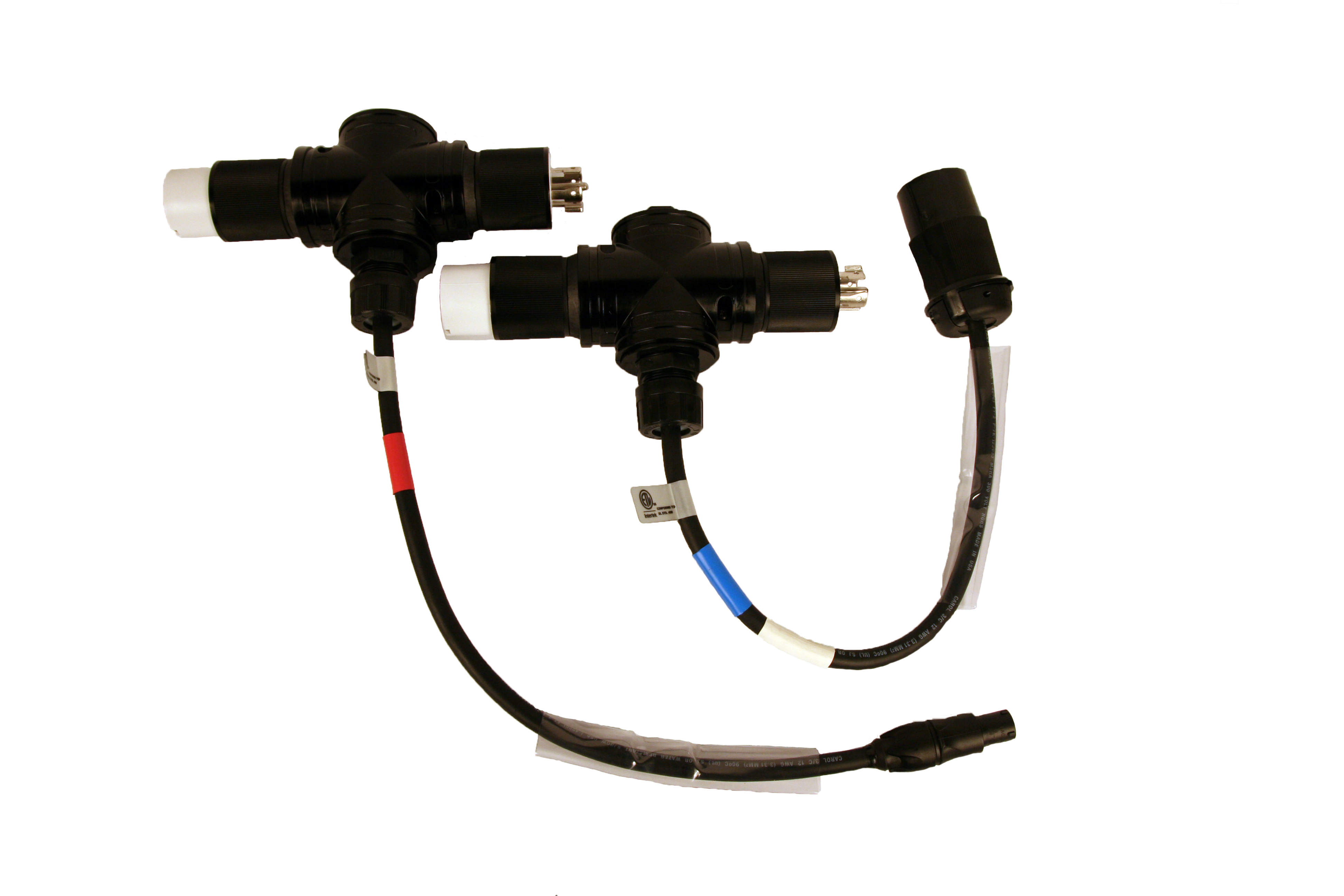 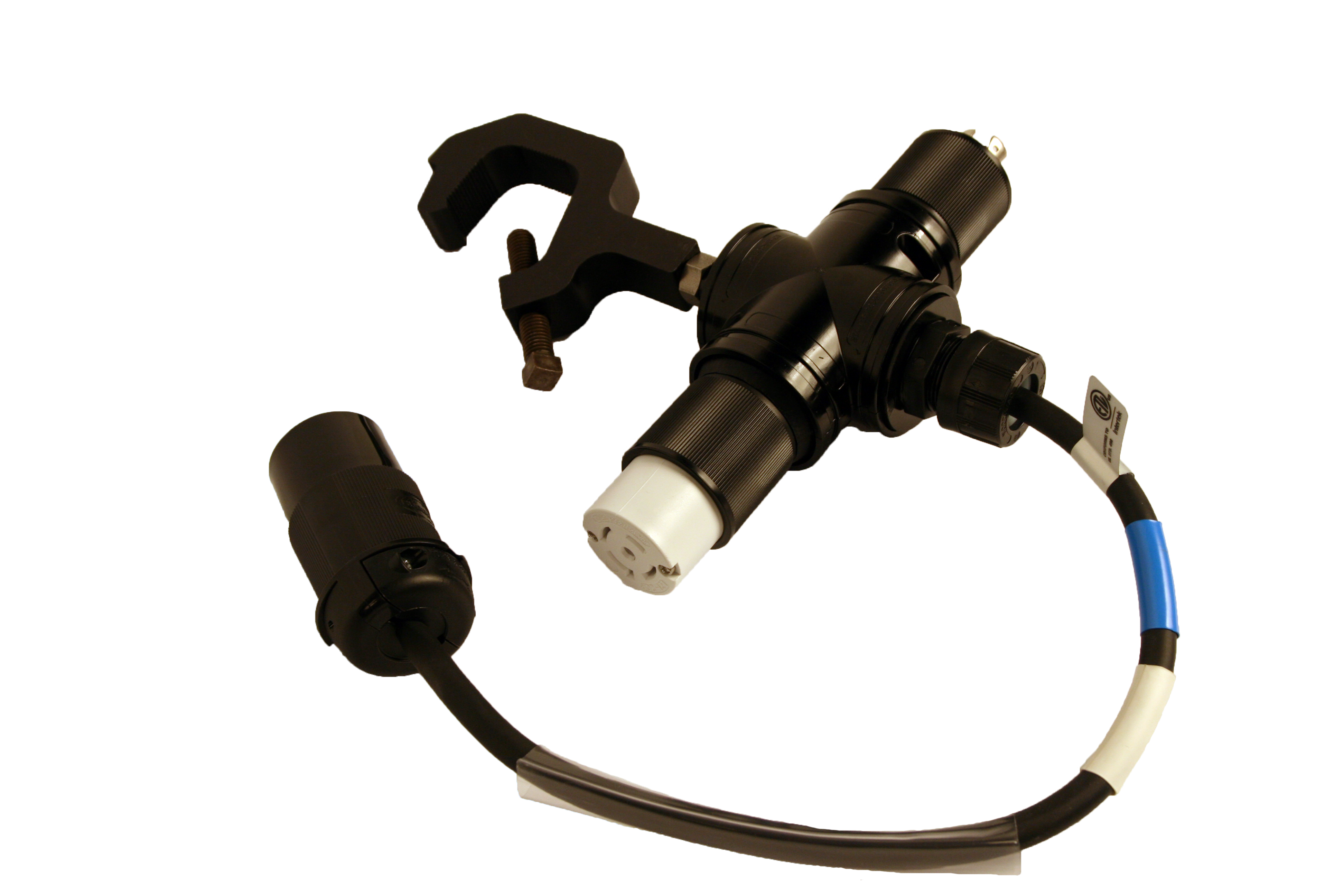 (SHELTON, CT) – With the introduction of the Modular Tee™ (Mod-T™) Lex Products has produced the means of creating infinitely configurable, three-phase portable power distribution systems. Taking advantage of a NEMA L21-20 inlet and feed-thru layout, the cETLus Listed Mod-T allows an 18” pigtail to be energized by any of the one or two available three phases as they pass through a molded nylon enclosure. Using 12/3 SJOOW cable, the tail may be terminated with any 20 Amp single-pole or double-pole any number of available wiring devices. As the latest addition to the Lex Products stocking model, the exclusive non-conductive design won’t dent, scratch or corrode while creating a product more impact resistant than a metal box.

In a Modular Tee™ system, the lighter and less-expensive L21-20 extension replaces the multi-circuit extension while the Mod-T replaces the break-out but, unlike the break-out, does not terminate the run.  The feed thru feature allows extensions and Mod-Ts to be daisy-chained to meet the full range of single- and double-pole production needs.  A ¼”-20 threaded insert or cable tie grooves can be used to secure the Mod-T to battens or truss.

“We are confronted with using decades-old power distribution equipment designs among technology that has evolved past it. Utilizing ‘Diversity of Load’ (DOL) is not applicable with lighting technology that no longer controls fixture intensity by varying power flow.  Lighting, as well as Audio and Video, require constant power placing potentially unaccounted loads on the original designs.” commented Lex Products Entertainment Market Manager, Pat O’Keefe.  “With Mod-T, the electrician realizes the same power ampacities of the original equipment but using extensions that are lighter and less expensive than its predecessor. Entertainment technology has advanced to create presentations of tremendous impact with fewer elements.  Shouldn’t power distribution systems do the same?”