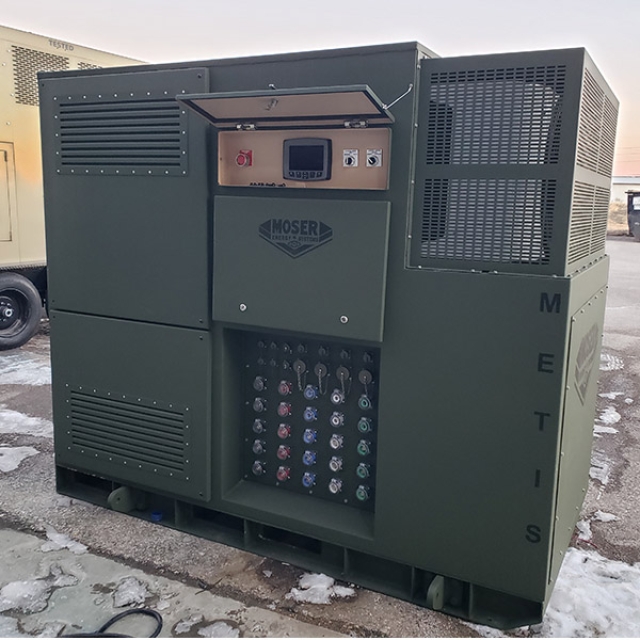 • Optimize Generator operation and performance – METIS ensures the generators operate only when needed AND that they operate at their greatest efficiency. Low loads which can lead to ‘wet-stacking’ are no longer a concern as the generator(s) will either be OFF (i.e., Silent Run) or serving both the low load AND charging the batteries ensuring actual load on the generator is never low.

• Silent Run Operation – METIS can function as a stand-alone power source serving connected loads. Battery only operation reduces noise, heat signature, and fuel consumption. Once batteries are depleted, METIS automatically calls on one or more generators as required to re-charge the batteries and serve connected loads

• Open Architecture – METIS communicates using standard protocols such as CANbus or Modbus TCP/IP. NOTE: Future versions of METIS will be fully compliant with U.S. Army’s Tactical Microgrid Standard which is set to be released in FY2022 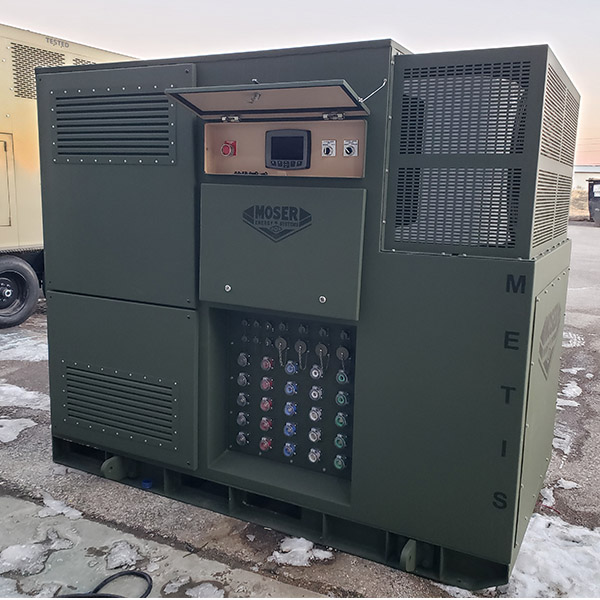